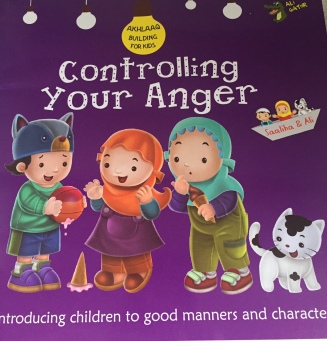 I love little picture books for toddlers and early elementary kids that introduce children to Akhlaaq, good manners and characters.  The book’s tone, however, seemed a bit off to me, so I put it away a month ago and pulled it out again today to read it, knowing I would have forgotten most of my initial thoughts, but somehow, they resurfaced with a vengeance, unfortunately.  And while the pictures and binding and theme are all absolutely wonderful in this 23 page book, I didn’t like the main character at all, and being it is based on a real person, a child, I feel awful saying that.

Saaliha starts the book keeping her anger just under the surface as her friend Hannah has borrowed and lost her pencil.  Hannah says she’ll look for it after lunch, and Saaliha controls her anger and basically says that it needs to be found now because it is the right thing to do.  All of that is fine, but for some reason she seems bossy and controlling and I really don’t know why.  Maybe because once they look for the pencil and then find it, Saaliha gives her peer (and thus the reader) a teaching moment by saying that she knew she didn’t lose it on purpose.  Hannah’s response is more believable when she feels embarrassed and admits she should be more careful, but I found Saaliha’s reaction smug because she was so close to getting mad, and then to be self-righteous about it, seemed a little passive aggressive to me. 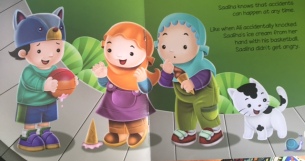 As the book continues, Saaliha recounts that accidents can happen at any time and to not get mad, which is great, it gives the example of when her younger brother Ali, accidentally knocked her ice cream out of her hand with his basketball or when he broke her pencil.   She seems to have a thing with pencils, there should have been a different example. 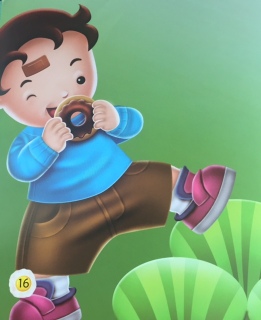 It then moves on to an incident with a friend, Jalal, who took a donut without asking, but it was an accident for not asking as he normally asks.  The repetition of the word accident here, I get is to carry the concept, but that doesn’t seem like an accident, it seems like he forgot, and an apology should have been in order, not Saaliha having to justify it solely.  Being it is a book about Akhlaaq I feel like the illustration of Jalal winking and eating the donut, seemed off. 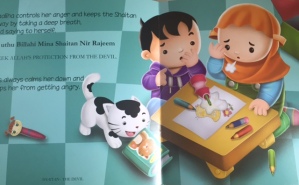 I like that Saaliha reminds her friends not to get angry as anger comes from Shaitan, but then when the book says she always says A’uthu Billahi Mina Shaitan Nir Rajeem to keep her anger in check, one wonders why in the opening scenario she didn’t say it.

I can’t pinpoint why I didn’t love this book, or maybe I just didn’t like the main character and I would probably give the series another try, but I’d like to hear your thoughts if you have read the book, and more importantly what your children thought of it.