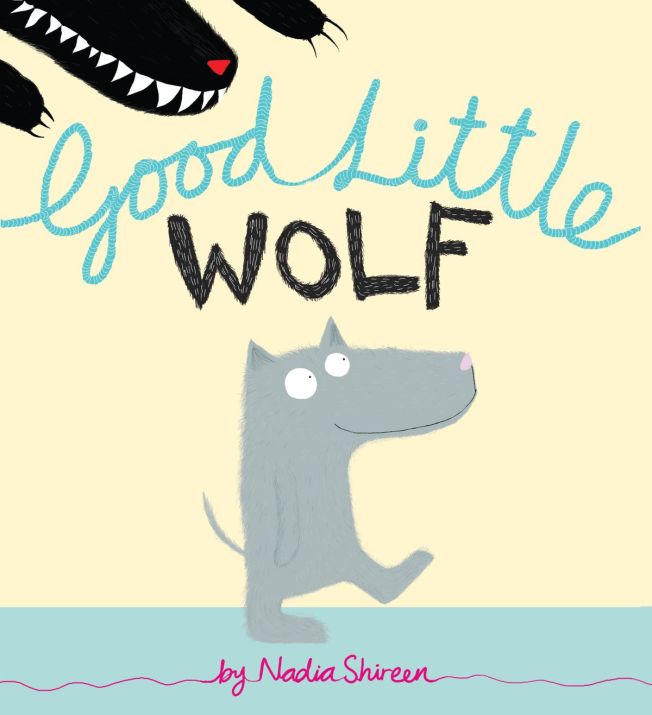 I have way too many conflicting thoughts for this 32 page AR 2.1 Muslim authored picture book.  The good little wolf, with a cast of familiar story book characters getting cameos, is choppy in its simple story telling to the point I thought pages had been skipped more than once, funny in asking the three little pigs permission to blow their houses down, slightly moral in elevating good behavior and having the courage to hold to your goodness, and ultimately, possibly really dark, as the end gives reason to believe that wolves will be wolves and the good little wolf is no more, as in he has been killed along with an old granny too. 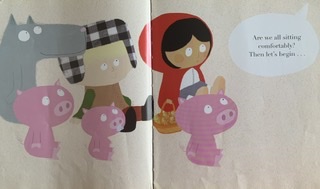 Rolf is a good little wolf that likes to bake, eat his vegetable and be nice to his friend.  His best friend Mrs. Boggins has warned him that not all wolves are as nice as he is and Rolf hopes he will never meet a big bad wolf.

Alas, he does meet the Big Bad Wolf, and he questions if Rolf is a wolf at all.  To prove that he is a wolf he accepts the big bad wolf’s challenges:  He howls or rather whistles at the moon and he tries to blow his friend pig’s house in.  Eventually he resolves that he isn’t mean enough to be a wolf, then the Big Bad Wolf gives him one more chance as he holds out a fork and knife to the wolf while restraining Mrs. Boggins. 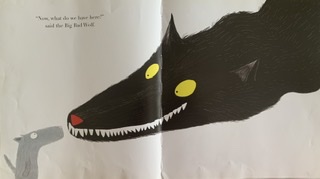 Rolf feels something deeply and ties up the Big Bad Wolf feeling more wolf like than ever.  He just happens to be a good little wolf.  To celebrate they all sit down for a snack and the Big Bad Wolf decides to stop eating people…tomorrow. 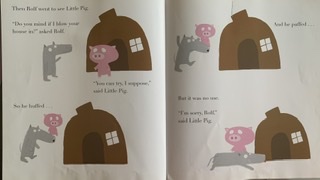 Yeah, it isn’t clear and could be up for debate, but Rolf and Mrs. Boggins are no longer at the table, and the Big Bad Wolf looks pretty happy.

There is nothing religious in the book, it could be debated if the book is dark or just silly and aside from the choppiness of the transitions, overall the book is a fun turn on classic characters and concepts. 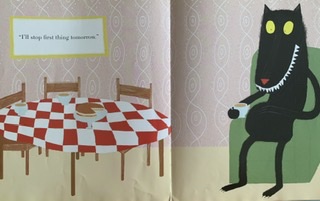 This 32 page picture book about friends learning to appreciate each other is both silly and sweet.  An AR 2.6 the book is great for preschool through third grade and gives lots of teachable moments along the way if you want to make it more than just a fun book.  There is nothing religious, but I believe the author, who is also the illustrator, is Muslim.

Presto and Monty are best friends.  Presto is a brilliant magician and Monty is good at singing, eating ice cream and making funny faces.  When the carnival comes to town the two decide to put on a show and become famous. 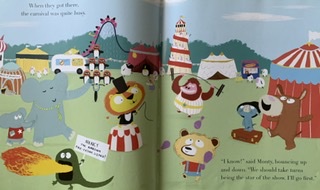 Monty suggests they take turns being the star of the show, and Monty decides to go first.  Monty isn’t a magician, so Presto stays behind the scenes to make sure the tricks work.  Somehow, this is how it ends up going night after night after night.  Presto never gets his turn. 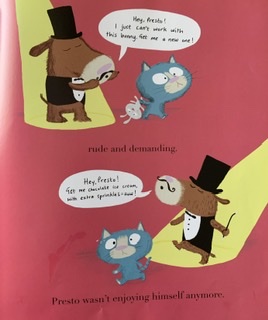 Monty gets bossier and bossier, demanding things of Presto and being rude.  Presto is no longer having fun.  When Monty signs a contract to go on TV with his magic show, Presto has had enough and leaves.

When showtime rolls around, Monty realizes Presto has left and has to try and learn magic real quick.  The show doesn’t get off to a good start when none of the magic tricks work.  As the show goes from bad to worse Monty realizes how bad of a friend he has been.

Presto watching from home can no longer bare it and rushes to save the day.  Monty promises things will be different and the two of them cook up a new act and realize together their show is perfect. 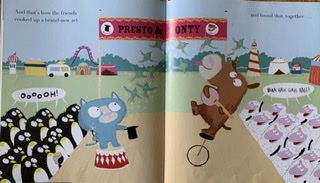 What a sweet story about assumptions, loneliness, friendship and kindness.  An AR 2.0, this 32 page simple picture book tells the story of an accidental meeting, making friends, and the opening of hearts of the forest critters as a result.  Written and illustrated by a Muslim author, the adorable illustrations make the story come to life and provide smiles for kg-2nd graders along the way.

Yeti is the biggest, hairiest, scariest beast anyone has ever seen.  So no one comes near him, making him very lonely.  But one day a lost bird thunks him on the head.  The Yeti growls, but the bird doesn’t get scared. At all. Instead the little bird tells Yeti about her journey and how she was headed to a hot tropical island for the winter.

Yeti doesn’t know what to do with the sad little bird, so he picks her up and takes her home.  The next day the two play and laugh.  The forest animals look on in surprise and curiosity.

As it gets colder, Yeti knows his new friend will need to leave so he studies the map and helps give her directions for the long journey ahead.  Once she leaves, Yeti is even lonelier than before.

But, alas, new friends are ready to play and the little bird stops by to play when she can.

Cute and fun and great for littles, to be brave and give a new friend a chance.